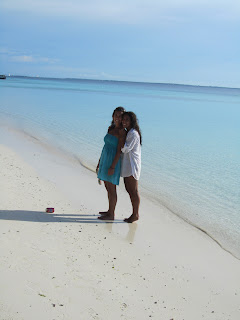 After a month in Ethiopia I arrived in Dar Es Salaam, Tanzania and anxiously waited for my sister. From the day I received the fellowship I had a vision of the two of us being in Zanzibar together and miraculously it was actually happening.

I picked Jess up from the airport and observed as she got her first taste of Africa. The chaos, the people, the colors…I loved seeing her shocked reaction and even more so it made me realize how normal it had all become to me. After a 2 hour boat ride and 1 hour taxi ride, we arrived at the amazing boutique hotel on Nungwi beach that my mom got us for my birthday. For a week Jess and I sun tanned, swam, ate amazing zanzibari food, went out, drank, danced, constructed theories about the Mesai men with Italian women and just caught up on the last six months of each other’s lives, on one of the most beautiful beaches in the world. Each morning we got up to go to breakfast we would turn to each other and ask “Are we dreaming or is this real?” It’s 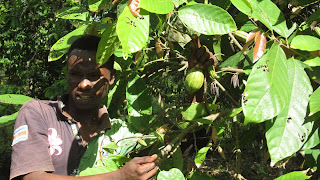 one of those magical places that is hard to believe even exists.

Along with our days of lounging we also swam with pods of dolphins in the wild, visited the national parks and went on a spice tour in a local village where we sampled various spices from lemongrass, curry and turmeric to cinnamon, vanilla, and nutmeg. 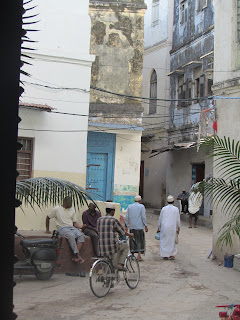 After a week at the beach, we spent our last two nights together in Stone Town, the main city of Zanzibar. Stone Town is this fascinating mix of Arab, Persian, Indian and African culture. Zanzibar was once the center of the spice trade for the rest of the world which accounts for the combination of cultural influences. Interestingly enough, one of the first people to inhabit the island were Persians. It’s for this reason that many Zanzibaris consider themselves Persian or of Persian

ancestry. The locals would get so excited when we told them we were Persian and would often respond, “Then you are our sister.” After the Persians left, the Arabs invaded the island which accounts for the majority Muslim population. In addition to spices, Zanzibar was also the epicenter for the eastern slave trade. We visited some of the sites where slaves were bought

and sold as well as the holding places where people were kept in horrendous conditions. It is one thing to see and read about the horrors of the slave trade in school but to actually see with your own eyes how people were treated like animals, made it so much more real.

In Stone Town, each morning we would awake to the 5 am azan (Muslim call to prayer) 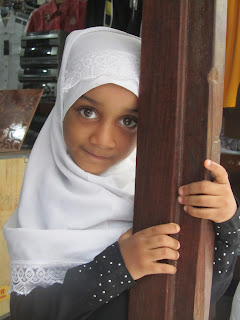 and then wonder through the narrow alleyways and shops of the walled city as the locals constantly called out to us in Swahili “Karibu” (welcome) or “Mambo” (how are you?) to which we had learned to respond “poha” (cool). I realized that in Zanzibar, people acknowledge your presence. There was not one person we walked by that didn’t meet us with a smile and a warm greeting. Even if at times this was motivated because we were tourist presumably with money, there is something about being seen and interacted with that makes you feel welcomed and a part of a community. 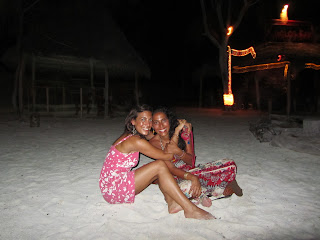 Jess and I’s time together ended too soon and saying goodbye to her and sending her off to her own experience was one of the hardest things. Although I knew I would be seeing her in a week or two, she was stepping into a world of unknown much like I had done 6 months prior; I could feel every piece of what she was going through.

After Jess left, I stayed in Zanzibar and spent a few more days in Stone Town as well as another week on the beach. After a long time of always being on the go and trying to cram as much in as possible, I just relaxed and let myself stay in a place without the looming pressure of moving on. 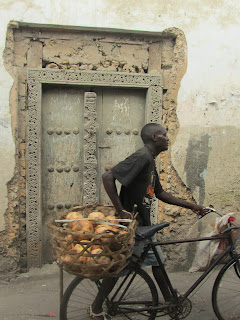 As a result, I was able to really get a feel for the people and the culture of Zanzibar. One incident in particular revealed this for me.

One day when I was walking in town, a man called me over and told me he saw someone take something out of my purse. Not believing him at first, I looked down and realized my small leather bound notebook was gone. Before I even had a chance to explain anything a crowd of 60 men all gathered around me ferociously plotting a search party to catch and punish the thief. 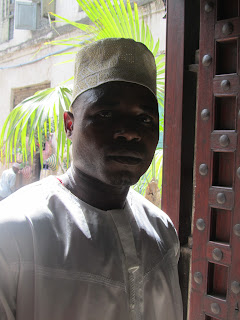 I had to beg them to let it go and insisted that it wasn’t anything important until they finally agreed under the condition that I would allow the police officer to escort me around the town. For the rest of the day, everywhere I went people had heard about the incident and would say, “So sorry about your wallet. This usually doesn’t happen.”  Needless to say, I was stunned by people’s 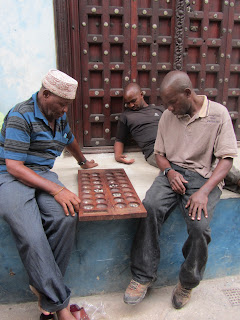 protectiveness and caring but what struck me more was how people didn’t give a second thought to going out on a limb for someone else; this is what separates life in Africa from the west.

After a few days I left Stone Town and returned to Nungwi beach with one goal in mind: to go scuba diving. After I panicked in the pool the first time I tried to breathe underwater, the next day I set out to sea and went on my first dive. The moment I let

go of my fears and just embraced the experience, it was one of the most incredible feelings. Not only was the colorful marine life so beautiful with live coral reefs, tropical pods of fish, sea turtles, and other exotic species but the feeling of being weightless inside the water was like nothing I have ever experienced. I loved it so much that 30 minutes later I went on a second dive. It really does feel like you are dreaming and have entered another world.  When I finally accomplished my goal, I realized that my process with diving paralleled my 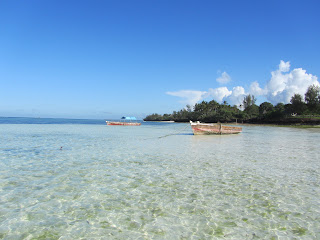 patterns on this journey. Once I am able to really let go of control and of my anxieties, I suddenly gain the confidence to do the things I never imagined possible and the most incredible experiences come my way.

So after diving…it was back to the beach. Since I couldn’t afford to stay in the fancy hotel this time around, I found a little family run guesthouse directly behind the boutique hotel I originally stayed in. Though the first week I was in the bubble of paradise, this time staying

in a local place, I felt a bit more connected to the community (although I can’t lie, it was still paradise). Given this, I wanted to see what was behind the tourism industry in Zanzibar so I ventured out to the local village of Nungwi. A young boy saw me wondering the village and closed 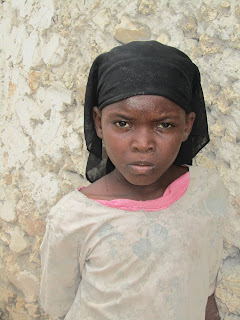 his shop for an hour to show me around. We bought some candy to give to the kids and he gave me a tour of the whole village. Along with the kindness and vibrance that defines small African communities, I also saw the reality of life there: sick children who are not getting care, people who are malnourished, and poorly constructed homes. I quickly realized how much poverty exists right behind the walls of a luxury hotel. The reoccurring question ran through my head: does tourism actually help or hurt an impoverished country? From what I could see, it disenfranchises a local community but then people become 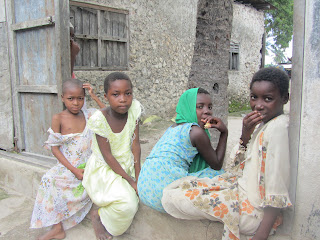 dependent on it so pulling out has devastating effects. Though tourism in Nungwi is a relatively new phenomenon you can already see the toll it is taking on the people and how in a way, it is recreating a legacy of colonialism that Africa has been cursed with for centuries. 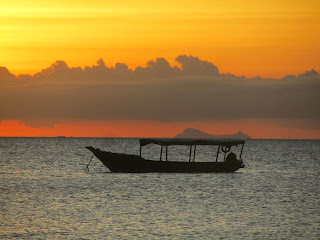 a westerner, as a tourist, and as a muzungu (Swahili for white person). How lucky I am to have the privilege to come to Zanzibar and experience the dream and paradise of it all but how simply these pieces of my identity (westerner, tourist, white) are what has allowed me to do so. Though Zanzibar was and always will be a dream come true for me…I know now that sadly, my dream often comes at a cost to others.

Read about my sister Jessica’s experiences in Zanzibar and Tanzania here: http://jessnor.tumblr.com/ 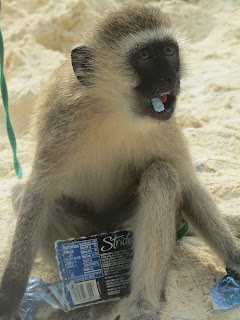 This monkey unzipped my purse, dumped everything out, found my gum, unwrapped it, and then chewed it for 20 minutes before spitting it out on the sand! 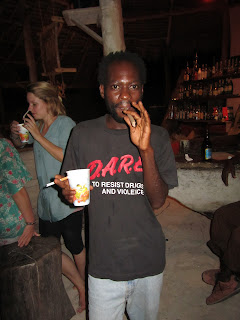 PS Does anyone see the irony in this picture?