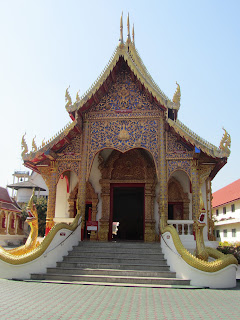 I came to Thailand not knowing exactly how or why I ended up there. After the Middle East and India I was overwhelmed. The hardest part of the Bonderman experience has been that just as I am digesting my experiences in a place, I have moved on to a new country with a different array of sights, smells, and cultures, forcing me to leave the last place behind as a distant memory. I needed time to think, process, and escape the intensity that had consumed the last 3 months of my trip before burning out. I longed to be someplace where my identity was not implicated and I could simply be a tourist.

Something told me that Southeast Asia was exactly what I needed and thankfully, 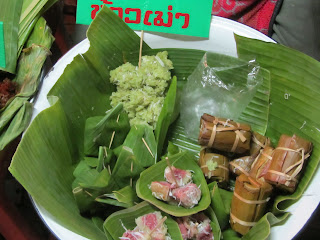 Thailand gave me the relief I was looking for. I spent the first week in Bangkok writing in my journal, indulging in the amazing street food, shopping in the vast night markets, and strolling along the streets getting a peak at urban Thai lifestyle without the constant stares and questions I had become so accustomed to. The anonymity was a nice break and the silence allowed me to finally reflect on the first portion of my trip.

Being my first time in an Asian country I noticed some stark differences from the other places I have visited. Things were easy, organized, and comfortable without the looming feeling that chaos would ensue at any moment. The many restrictions that confined my daily tasks were suddenly lifted: I could 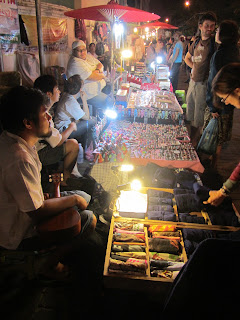 wear what I wanted (even if that meant heels in the middle of the day), drink alcohol freely, get on a bus ON TIME, walk around without being harassed by men and every western amenity I could imagine was at my fingertips.

Though Bangkok was a nice break, as much as I tried to run away from the implications of my identity, I realized it was always facing me in one way or another. In Koh Samui, I somehow landed in the Israeli tourist enclave of the tropical Island and in Pattaya, I was surrounded my hundreds of tourists from Iran there on vacation. I befriended many Israelis and Iranians and in both instances, I felt a confusing mix of familiarity and estrangement as I collided with the two pieces of myself that I still could not successfully integrate into one.

In addition to my ethnicity, what I thought about the most in Thailand is gender and sexuality. In Thai culture sexuality is open and gender is not viewed as stagnant. Everyone from gay/lesbians to bisexual and transgender individuals are embraced 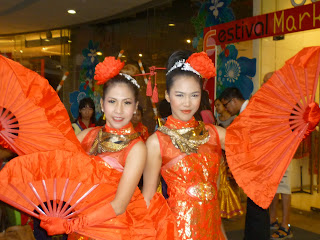 within society and are free to express their individuality, in stark contrast to the US where they are stigmatized, outcasted and hidden. I went to the world’s first lady-boy or transgendered show and saw that in Thailand, people who stray from the norms of dichotomous gender identity are celebrated. I came to admire this about Thai society and respected their openness to let people be who they are without the restrictions of labels or fitting into boxes.

Thailand also has a booming sex tourism industry and prostitution, though technically not legal, is open and free. The epicenter of this is Pattaya, the o 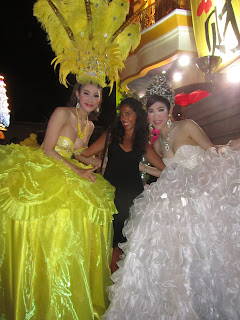 ne place I was trying to avoid nevertheless in a desperate attempt to chase the sun had begrudgingly ended up in.  Initially, I was quite judgmental of the prostitution and from my feminist perspective was deeply disturbed by the idea of women selling their bodies to fulfill the exotic fantasies of men. I saw things that shocked me like I have never been shocked before: woman posing behind a glass wall waiting for western men to “pick them” for the night, openly discussing going rates and women using their body parts to do things I never thought possible. I felt repulsed, saddened and most of all just plain confused. As I tore away at the many layers of my pre-conceived notions, I began to see another side to what I previously thought was a black and white social problem.

I realized that many of these women view sex as a commodity they have that they can barter for something they need, not necessarily a form of emotional expression. Even the Thai women in relationships with western men would often share that they feel like 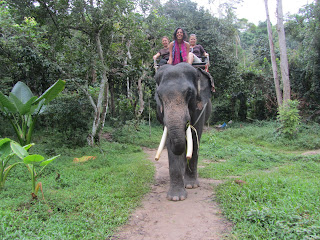 they are getting their needs met as much as the men are: they want economic security while the men are searching for someone to dote on them…possibly an equal exchange? Though this dynamic of course is instigated by a patriarchal society in which men have more power than women, the Thai women have taken a different approach to addressing this inequality: leveling the playing field or getting in the game. In the west, we pride ourselves on being empowered but deep down I wondered, “Are these women any more ‘oppressed’ then we are?”

Thailand is a female driven society. In stark contrast to the other countries I have visited, here most of my interactions were with women. Women are the shopkeepers, vendors, bankers, hotel owners etc. The 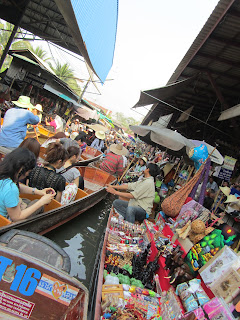 first night I was in Bangkok I saw a woman beating up a man in public with the man desperately begging for mercy. In the U.S. I feel like a woman trying to fit into a man’s world while Thai women appear to be participating in creating a society not based on patriachal norms. I felt the presence and power that women hold in Thailand and began to see their sexual freedom as a possible reflection of their empowerment.  However, the horrible accounts of human trafficking, rape, sex slavery, child prostitution and the power-hungry men who exploit these women, which constantly haunted me, made me revoke my new found acceptance of the world’s oldest profession. In Thailand, sex is not taboo like it is in the west but is instead open and free yet simultaneously degraded and deluded and the cumulative effect of all of this left me wrestling with where I stand. 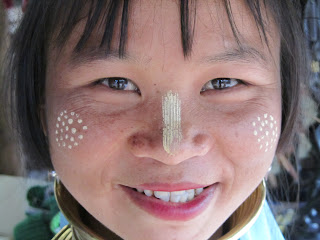 Thailand challenged me in unexpected ways and pushed me to see that things are complex and not always what they appear to be. It was impossible to make sense of things within the narrow scope of my western values of gender and sexuality which brought these pieces of my identity to the forefront as I questioned my black and white perspective on provocative issues. Although most of my time in Thailand consisted of incredible things like riding elephants, white water rafting, visiting elaborate temples and long-neck tribal villages, eating some of the most delicious food I have ever tasted, and taking in the rays of the beautiful beaches, I walked away with the understanding that underneath all the luxury, controversy, and confusion of this country, there is a layer of openness and acceptance in Thai society that is missing from our world in the west. Maybe we have something to learn from them.