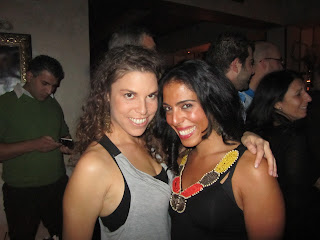 I passed through Israeli customs and once again, entered the space between the two borders that I stood still in two weeks prior. This time, looking behind to Israel and ahead to Jordan, I anticipated feeling different yet not much had changed. I was hesitant to move forward, tempted to turn back. Not sure if I was ready to re-enter a world where I had to leave a piece of myself behind.

As I was waiting for the bus from the Israel customs point to Jordanian immigration I looked around at the people waiting and wondered who they are: Israelis going to Jordan for a visit? Jordanians coming to Israel? Other tourists?

I had not yet witnessed the two worlds colliding so I was fascinated by those who bridged the gap.

After 30 minutes, I finally approached a young girl and asked her when the next bus is coming. She told me that she crosses this border often and to just stay with her and we can travel back to Amman together where she lives. I was relieved to not have to make this journey on my own and grateful to her for taking me under her wing.

The bus finally arrived and once we boarded I asked her about the nature of her travels between Jordan and Israel. She told me she is Israeli but has been living and working in Jordan for the last 4 months for an investment company that is cautiously trying to forge business partnerships between the two countries.  She acts as the intermediary. As the only Israeli (other than embassy officials) living in Jordan, she told me about the stigma and all the complicated situations she has to navigate: Never knowing how people will treat her, if they will accept her or not, when to tell the truth and when to lie about her nationality and what the implications are in each case.

I told her about my travels in the Middle East and the difficulty I experienced being Jewish in the Arab world. We talked about how it felt to be at the border and prepare ourselves to cross over from one land into the other. How we oddly felt comfortable in the spaces between, and how we felt like we were the only two people in the world who understood this feeling.

We arrived at my guesthouse in Amman and as I was getting out of the car, she asked me if I wanted to go out dancing with her  and her friends before I left Jordan and of course, I couldn’t resist.

On a Wednesday night, she showed up at Husseini mosque in the backseat of a black Range Rover with tinted windows to pick me up for our 80’s themed night out. She rolled down the window and said, “Hop in.” I got in the back with her and met her two Jordanian co-workers. She quickly introduced me as her Jewish friend, a title I was quite uncomfortable with being that it was the first time I had been openly Jewish in an Arab country. To my surprise, they didn’t seem to react to this identity I presumed bared so much weight.

I turned to her and quietly asked her what her co-workers thought of her Israeli nationality. She told me that initially they were both very skeptical of her and had many preconceptions about Israelis, though they had never met one. “I understand why they are suspicious. My people have caused them nothing but pain and suffering and I am also accountable for that,” she said. Though it took them a few weeks to warm up to her, eventually became the best of friends. Now, they are the ones who look out for her, protect her like a sister and are her surrogate family. She told me that knowing her has made them want to come and visit Israel and see for themselves what life is like across the border. 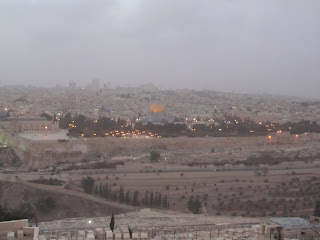 Her friends drove us around Amman and stopped the car at a lookout point where the lights of Jerusalem were visible in the distance. We stood there together, first just gazing and then discussing how now that we are on the other side, we feel so disconnected from Israel; a land we were both in just two days ago. How most people either live on one side of the border or the other and somehow, the two of us have found ourselves on both sides.

As we were talking, I thought about our identities and how our experiences are the same but so different. Though we share a common history and religion, unlike me, she can’t hide who she is. She is not only Jewish but she is Israeli. A label that implicates her in so much and defines her in situations which I have the privilege of running away from when it is not in my favor.  I admired her bravery and courage for coming to a country she knew she would not be accepted in and still being herself at all times, even if it means people will turn away from her.

I asked her the proverbial question, “Do you think there will ever be peace in the Middle East?” She is the first person I have come across that has responded with a bit of optimism on the topic. “Yes I do.  I believe we can learn to see each other as human beings and I have hope that even if we can’t tear down the physical walls at least some of us are taking risks to take down the walls that have separated us for too long. We, me and you, are the beginning of that hope and we make small changes every single day. Look where we are sitting now. This is hope!” 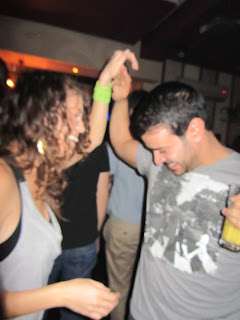 Once we arrived at the club, we were escorted to the table where the rest of her Jordanian friends were socializing. She introduced me one by one to each friend again saying, “She is Jewish too.” I felt vulnerable and exposed. I was puzzled as to why she would offer this information that I tried so hard to conceal up on a platter.She brought down the mask that I had so meticulously built for myself in the Arab world and revealed my true identity. Something I was not sure I was ready for.  Yet, they all nodded their heads, embraced me and said, “Welcome to Jordan.”

The rest of the night, I observed her relationships with her Arab friends. I saw that although she may feel isolated as the only Israeli in Jordan, she also has a strong community of people who genuinely love and care about her. She has built a home here far outside of her homeland. It confirmed for me that home is not only about where you belong but where you can make connections and form relationships, even if you don’t belong. I told her, “In some ways you are lucky because you know your friends here really love you and accept you for who are. It’s always easy to connect with people who are like us but doing it across barriers means so much more. I admire your strength and willingness to be out of your comfort zone. I know every single day is hard for you, but you are here for a reason. To bring people together.” She responded, “You are the only one who gets that. I try to tell my friends and family back home, and they just don’t understand.”

We danced the night away with a sort of freedom and uninhibitedness neither of us had felt in a while. There was a vibrant energy and dynamic in the air that made each moment that passed so exhilarating. In the mist of the dancing and 80’s music she came over and gave me a big hug. I was surprised by her sudden display of affection. She said, “You don’t know what you did for me tonight. I have never had another Jewish person with me in Jordan. This is the first time I have not felt completely alone. And my friends love you. Seeing you helped them to accept me more and see we are not who they think we are. We are just like them. I can never thank you enough.”

My eyes filled with tears. I was not only touched but in that moment I realized the reason she was telling everyone about my identity was to ease her own isolation and share the burden she was carrying with someone else. 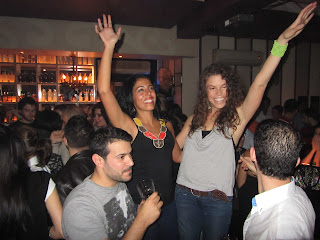 To show her friends it’s not just her but that there are other Jews in the world who are caring, fun and actually very little (other than politics) separates us. I was so fixated on keeping my religion a secret that I overlooked how revealing it had the power to bring someone else comfort and strength.

When I said goodbye to her later that night, I realized that she had also given me a great gift. The entire time I was in Lebanon, Syria and Jordan, I wondered how people would treat me if they knew who I really was. Ironically, on my last night in the Middle East, she allowed me to finally integrate all the pieces of myself into this region of the world. In the end, the space in between that held so much significance for me, was the very place in which my paths crossed with someone who brought some solace and closure to this portion of my journey. The next morning, I boarded my plane leaving the Middle East feeling whole again and with a glimmer of hope for the future.

9 thoughts on “Leaving the Middle East”