Ditch It Keep It

There is this whole backpacker mentality that you are unaware of until you start traveling. I have been observing the backpacking subculture for the last several months and this is what I have come up with: backpackers are obsessed with how cheaply they can eat, drink, and sleep, how little they can shower, how much ground they can cover in the least amount of time and most of all…how light they can travel.  Basically, the term “backpacking” becomes synonymous with “a competition of who can suffer the most while traveling.” 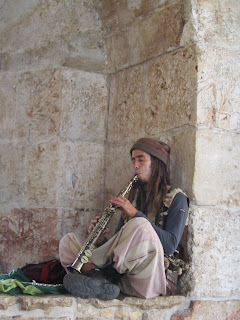 Dreadlocks and dirt are a status symbol.  Having a tent pushes your street cred up a notch and although you only have room for two pairs of travel underwear, somehow hauling a guitar with you around the world is commendable. Lastly, as the proud label suggests, the most necessary and important part of a backpacker’s identity is the backpack.  Without one, you are an outcast from the backpacking world.  Your natty hair, unwashed clothing, and food from the grocery store mean nothing without a pack.   Walk into a cheap hostel with a rolling suitcase, and you will hear whispers and get looks that make you feel like the time you accidently wore the same outfit to school two days in a row (which ironically is also commonplace backpacker behavior).

When I started this trip, I wanted so badly to fit in with the cool kids.  No pack was not an option yet the thought of carrying all my possessions on my shoulders for 8 months literally made me cry (twice in REI), provoked laughter from my friends, and was met with pure disbelief by my family.  Before I left, I had a tumultuous love affair with the backpack section of REI (the employees doubled as my therapists), where after trying on every Kelty, Gregory and Northface pack and not being able to take a step with those weights they put in to simulate your luggage, I finally settled on an Osprey rolling backpack.

The drama did not stop there. Selecting the bag was only the first step. The next two weeks of my life were consumed with sitting in the middle of my hallway playing a game of ‘ditch it keep it,’ where my friend Danielle used her counseling techniques to get me to part with my beloved belongings. Like an addiction, I was first in denial, then regressed in my recovery by hiding items until after she left to add them back into the pile and in a final desperate attempt, triangulated with my mom, convincing her that I actually “need” what Danielle forced me to ditch. These items included random things such as a doorstop, hand warmers, vitamins and an emergency shock blanket.

After experimenting with various ways of rolling verses folding, miraculously, I was finally able to get myself together and most importantly, zip that tiny green Osprey shut.  Although I had no intention to (nor did I ever) put that thing on my back, the possibility of pretending that “yeah, I carry this on my back… most of the time” let me save face with the backpacking crowd. 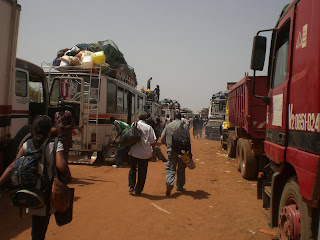 During my travels, when I was constantly met with the comment, “You don’t look like a backpacker,” I quickly realized as much as I tried to blend, I just could not fit in (story of my life). Like being a Persian Jew in the Middle East, discovering myself as a “traveler” in a “backpackers’” world has been met with a journey of internal struggle and pain that has manifested itself through five phases of self-reflection and five pieces of luggage.

#1: Acceptance and the Mini Osprey Rolling Backpack – Everyone was shocked that I could go 8 months carrying all that I had in this tiny, carry-on sized backpack.  I thought I’d show them wrong but HAVE YOU SEEN MY CLOSET? When panic attacks ensued each time I had to move from one place to another, I realized I had to make a change. When I finally accepted the fact that I would have to get rid of the bag, the game of “ditch it keep it” began with my luggage.

#2: Denial and the Big Backpack on Wheels – I was still not ready to totally give up on my identity as a ‘backpacker’ and was so pleased with myself when I found a larger backpack on wheels in a Thai market. Problem was after packing and seeing the full size of the bag, I woke up the next morning in horror at the thought of dragging a bag that could house a dead carcass in it across the world.

#3: Anger and my Mom’s Used Carry-On Bag – After realizing how ridiculously huge this oversized body bag disguised as a backpack was, I panicked and ditched it, trading it for my mom’s carry on rolling suitcase that was falling apart. This meant reluctantly giving up everything that could no longer fit in the bag which included the doorstop and the petite pharmacy I had assembled for myself.

#4: Bargaining and the Rolling Duffle Bag– Since the borrowed bag was in no shape to be traveling the world, the hunt for the perfect luggage began again. I convinced myself that although I would no longer be a backpacker, I could be somewhere in the middle. I found a rolling duffle bag which nicely fit my new ‘in-between’ persona. Crisis averted right? Not so much. Once I started packing I realized that this bag was also enormous and flimsy and more closely resembled a chest on wheels as opposed to a duffle bag. So I donated it to another fellow traveler,  justifying my own actions and prostycizing the backpacker tourist trail one person at a time.

#5: Resignation and the Purple Suitcase-After 4 transitional bags, I finally had to admit to myself that I would have to give up on the backpack idea all together and resigned to buying a regular rolling suitcase. I spotted a luggage store in Laos and very persuasively begged the store owner to let me buy the bag and bring it ba 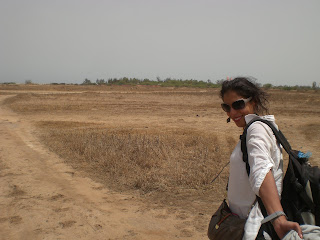 ck the next day if it was again the wrong size (apparently my spacial reasoning had taken a turn for the worst). I took the bag home which neatly fit all my stuff and from that day on, this medium sized generic rolling suitcase has been my saving grace.

This trip around the world is supposed to be about “finding myself”, “knowing who I really am,” and being ok with that.  Well guess what I discovered? I am NOT a backpacker. I despise expensive travel gear, will stay an extra day in a place in exchange for clean clothes and can’t live without my facial moisturizer. By manically cycling through 5 pieces of luggage I ditched all my preconceived notions of how I should be traveling aka torture camp, and made peace with my new backpack-free identity. Suddenly a new world of carefreeness opened up to me. Though I still get the comments and judgmental stares from the 20-something ‘rough it’ crowd, I no longer care. I just judge them right back for their nappy hair, dirty clothes and the fact that they will need a whole lot of chiropractic care in the coming years.

Thank you to my dear friend Jana Shih for helping me to add a little humor and light heartedness to this blog. Follow her adventures in Senegal at http://janashih.tumblr.com